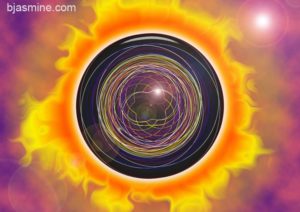 I’m often asked “Do you believe in curses?” I believe in psychic attacks and a curse is just a ritualized psychic attack. The thing is, often times “curses” are nothing more than a ritualized threat, and they have no real psychic power behind them. It’s the fear of the victim that gives them power in the end.

The subject of curses often comes up in the context of fraudulent psychic readings. A client visits a psychic and is told that there is a curse on their love life, health or finances. They are offered a fee to remove this “curse” (and the fee can be in the thousands of dollars). If they don’t choose to pay for the “removal” they may be threatened, subtly or overtly, that things will get worse. A curse on top of a curse. This kind of thing is fraud, in most areas it is against the law, and it has no power that you don’t give it.

Sometimes people actually are the victims of deliberate or accidental psychic attack, and this can act in the manner of a curse. The same psychic protection remedies that I recommend for daily “psychic health” work well for dealing with curses. Uncording, Grounding, White Light, and Love Bombing  (bless those that curse you) are the most effective.  I would also add small bowls of salt around your home or property, scatter bay leaves through the house. Certain crystals can help (no clear crystals, white quartz, hematite, and rose quartz are best). Anything that boosts and clears your energy, like neo-selentite orgonite, or plasterite can help. But the primary way to deal with a curse is a positive attitude, and a good sense of humor. “Curses” feed on fear, so do everything you can to starve them of fear. Light a white candle, and remind yourself that you are safe and loved. Pray, meditate, or watch a funny movie until the fear passes.

Empaths and psychics often refer to a dimension close to our own as the “Astral Plane”. There are beings on this plane of existence that cannot be seen by the naked eye, but those with Read more…

“The ouija (/ˈwiːdʒə/ WEE-jə, /-dʒi/ jee), also known as a spirit board or talking board, is a flat board marked with the letters of the alphabet, the numbers 0–9, the words “yes”, “no”, occasionally “hello” Read more…